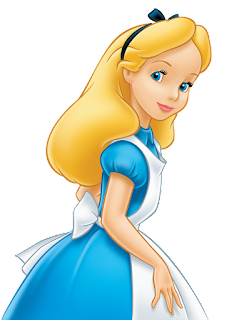 Wow! Are you really contemplating doing a blog post Wendy?  It’s over 2 weeks since the last one.  What’s going on?

I haven’t had any motivation Alice and I’ve been busy grandparenting.  And it’s too hot at the moment and it’s only going to get worse.  We’re under a red heat warning here in the Uk for the first time ever!

No Alice it’s not just a bit of heat – it's going to be a lot of heat.  They’re predicting we could get to 40 degrees!  I think I might live in the shower over the next few days.

Just go and find yourself a cave.

Hmm I’ll just sit in front of the fan and wish we had air conditioning.

You could go for a drive in your car.  That’s got air conditioning hasn’t it?

It has Alice but my understanding is that using the air con in the car uses more petrol and have you seen the price of petrol at the moment?

Well I’ve heard you complaining about it but aren’t energy prices going through the roof too?  So all the extra electricity you’re using for the fans can’t be cheap either.

Nothing’s cheap right now Alice and I’m not sure it’s going to get better anytime soon.

But there are 5 lovely people ready to step into the clown’s shoes and sort out the economy and cost of living crisis aren’t there?

Well of course I don’t want any of them or their party but at the moment we’ll be stuck with the best of a bad lot.  And we won’t have any say in the matter at all.  Only conservative party members get to choose their new leader and our Prime Minister.

Are any politicians honest Wendy?

Well I’m sure some are Alice, those that remember what being an MP is really about but there have been too many in the current government who seem to lack any concern for their constituents and only think of themselves.   It’s a pantomime at the moment and the current clown only chose to apologise for his errors when he’d been found out.

It’s hard to be uplifting Alice when all you want to do is sit and do nothing except be cooled by a fan or an ice cream.

Or both, I’ve noticed.

Yes well at least I’ve been doing some reading.

Really?  I wonder how that stacks up against all the game playing on your phone?  You didn’t even post your Favourite Fives again this week and I’m sure you do have a lot to be grateful for.

Of course I do Alice.

I mean my long suffering of you must count for something?

I hardly think you lead a life of suffering Alice.

You should try living inside your head!

Email ThisBlogThis!Share to TwitterShare to FacebookShare to Pinterest
Labels: Alice