Z is for Zilch


Well I have Zilch as far as stations go.  Unsurprisingly, despite the number of stations there are in London, none of them start with Z.  Not even closed or renamed stations.

So here comes some more waffle.  But it’s informed waffle.  I decided when doing this challenge that at some point it would be good to go to the London Transport Museum and get some background on how transport has changed in London over the years and get some history on the underground.

London has expanded dramatically over the years from a centre that was based around the square mile that is still known as the City of London to its current sprawling mass of 32 boroughs spread over approximately 600 square miles.  The population recorded in the 1801 census was 959,310.  In 1901 it was 4.5 million and in 2011 it was 8.2 million.

One of the earliest forms of chargeable transport was the Sedan Chair.  Then came Hackney Carriages, Stagecoaches and then the Omnibus, all of which were horse drawn.  One thing that surprised me was that advertising dates back to the 1890s. 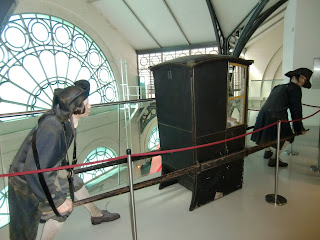 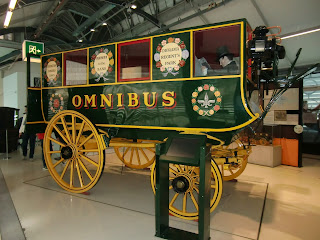 Expansion of the railways was rapid.  By 1900 there were 15 main line termini in London which resulted in many, mainly poor people (100,000) being made homeless with no compensation.
Construction on the first underground railway, the Metropolitan line, began in 1860.  There needed to be connections between the termini and the City of London and the best way forward was to go underground. 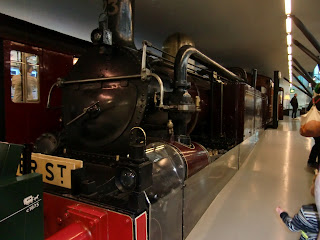 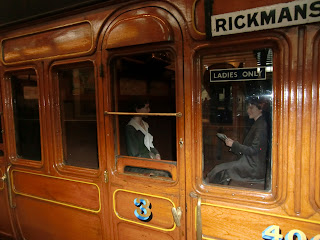 That first underground tunnel was dug by hand using 2000 navvies with no plans.  There were problems at first as trains still ran on steam at the time but things became much easier and cleaner once electrification began in 1905.

The development of the Metropolitan and other lines led to the growth of suburbs around London.  The area around the Metropolitan line to the North West, known as Metroland saw people moving from rented accommodation into their own properties in the 1930s.  In 1933 a 3 bedroom house could be purchased for £875! 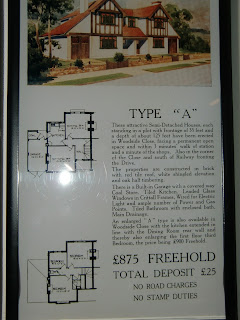 In 1868 the District Line opened between Kensington and Westminster which then joined to the Metropolitan Line.  These lines were then extended to form the Circle line by 1884.  By 1907 there were 8 electric powered underground lines.  Many companies were involved in the early Underground lines but in 1948 they were nationalised as London Transport.

The early lines were dug just under the road level but as demand grew and more lines were needed this could not be sustained and lines needed to go deeper.  Although the introduction of tunnelling machines made this feasible it was dependant on reliable methods of getting passengers up and down from the platform levels.  This became possible first with the introduction of lifts, the first being installed at Borough Station in 1890 and then escalators.  The first of these was introduced at Earls Court in 1911.

There was very little further development of lines until the Victoria Line was built in the 1960s.  The Jubilee line was added in 1979.  Both of these lines were subsequently extended.

The first elected Mayor of London came in to office in May 2000 and the new authority Transport for London was set up to manage transport services in London.

In 2003 Oyster cards were introduced.  These make travelling around the system easier and quicker as they removed the need to queue for tickets. This picture shows examples of tickets over the years. 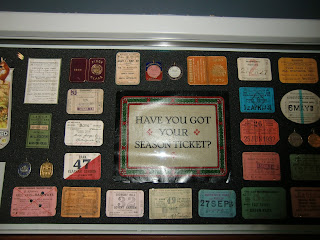 The increase in traffic on the roads in the early 20th century led to developments such as traffic lights and one way streets to alleviate congestion and in 1934 the highway code, driving tests and a 30 mph speed limit were introduced.

One of the things the underground has been known for is design.  In 1908 Frank Pick proposed the adoption of signs on platforms to announce station names.  The red semicircle was an afterthought but this evolved into a cornerstone of the Underground’s identity.  In 1916 Pick commissioned Edward Johnstone to redesign the “bullseye” which was trademarked in 1917. 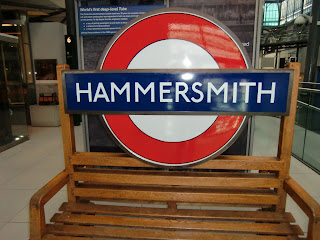 In 1931 Henry (Harry) Beck produced the first diagrammatic map which is still the model used today although now it has a lot more stations and colours on it.

The upholstery of seats are also well recognised for their moquette patterns originally designed by Enid Marx.

I mentioned earlier about advertising on the tube and, although I don't remember this, at one point even the strap hangers were used to advertise products: 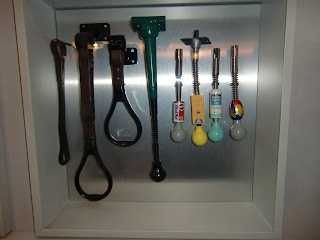 One surprising statistic is that, in 1950 350,000 items of lost property were dealt with.  The current annual figure has reduced to around 150,000 although it’s not clear if that’s because passengers are less forgetful or people are less honest about handing things in.

An ongoing issue that is gradually being addressed is accessibility.  New lines and extensions to existing lines are planned to make life easier for passengers with accessibility needs, especially by introducing lifts and platforms that are the same height as trains so that there is no step up onto the train, but stations and lines built in the last century can be totally inaccessible, particularly for wheelchair users.

One final piece of trivia is that on some platforms where there is a step up to the train, humps have been installed to increase the height so that at least one of the carriages can be accessed by wheelchair users.  These are known as Harrington Humps and were first introduced on main line stations.  Some underground stations also have them but as they are of a different construction they cannot be called Harringtons.

So now I’ve given you the hump by waffling on for way too long my journey is complete.  I hope you enjoyed it.

Y is for why is there no station for this!

Well no photo again today because Y is for York Road.  This was the only station I could find that starts with Y.  But it's now closed.  It's near King's Cross and opened in 1906 on what was to become the Piccadilly line.  Because it was in a poor industrial area dwindling passenger numbers saw it withdraw Sunday services in 1918 before finally closing in 1932.

Many London stations have closed or been renamed.  Some of these were demolished or became part of the National Rail services.  Others, such as Aldwych, remain in situ and find other uses.  Aldwych for example is occasionally used for filming.

By my calculations there are 264 underground stations between the following Underground Lines:

In addition the Docklands Light Railway has 45 stations.  Many of these interchange with the tube line stations but as the name suggest it's a totally different system that operates independently.

TFL also manages an Overground Network of 111 stations and the TFL Rail line of 14 stations.

All these make it very easy to get around in London and that's before you even consider the famous red buses, a Tramlink in south London and most recently the Emirates Airline Cable Car which connects North Greenwich south of the river Thames to the Royal Docks on the north side.