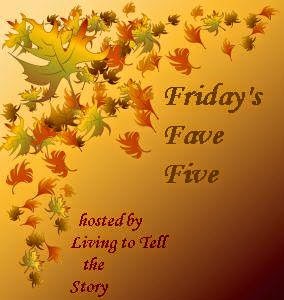 Thanks to our host Susanne for reminding us to be mindful each week and find five things to be thankful for, especially at times like these when things are so busy, unsettled and scary.  You can join in here.

Well I've missed a couple of weeks, it's been a busy time, so here's a catch up.

1.  We're in our new house.  We've been here just over a week now and we're gradually getting through the 100+ boxes of things to be unpacked. 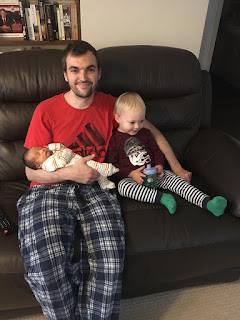 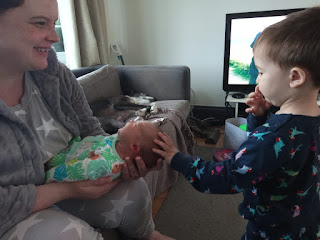 They were both early arrivals, especially Vinny but are both home now and the big brothers are getting used to having a little one in the house.

We babysat Rory while Mummy & Daddy brought Vinny home so we got to have cuddles with him.  We're making the trip to Nottingham next weekend to meet Miles.  Can't wait!

3.  Flowers!  Two of Nick's sisters came the day after we moved in and brought sunflowers 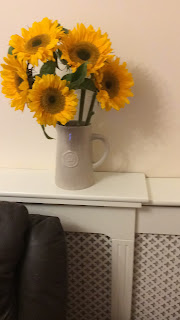 These were delivered courtesy of my daughter and her wife. 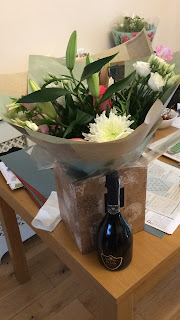 Fortunately I was able to find a vase! 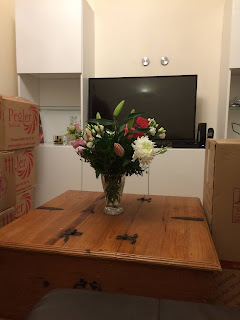 Nick also brought me roses.  I have been spoilt!

I've also got some plants from the garden from friends.

4.  I managed to cut the grass on Tuesday.  The previous owners of our house moved out over a month ago so the grass was very long.  Tuesday looked like it was going to be dry and although it had rained in the morning it brightened up in the afternoon and I got the mower out and cut the grass.  Just as well I did because we were out all day yesterday babysitting Grandson Nathan and today it has rained non-stop!  It will need doing again as soon as we get another dry spell as I didn't cut it very short but it looks better than before.

5.  Better sleep.  In the run up to the move I wasn't sleeping well at all but since we've been here I've been sleeping better.  I still tend to wake at some point during the night but it's been much easier getting back to sleep.  Consequently I don't feel quite as exhausted as I did although all the unpacking is pretty tiring lol!

So that's my catch up.  It's beginning to feel like home here.  We've done a lot of unpacking but still quite a bit to do but no rush.