Well this should have been a Friday's Fave Five post but it's now Saturday.  Yesterday seemed to disappear on me but it's still good to look back on the week and think of (at least) 5 things to be grateful for, especially in these difficult times.

To see posts from others (who were on time!) the links can be found on Susanne's blog: Living to Tell the Story.

1)    Rain!  We have had a heatwave here and it has been unbearable at times.  Especially at night.  But then on Thursday the rain came - lots of it plus thunder and lightening.  Now we're back down to the mid 20s and it is so much more comfortable.  It will also have reduced the risk of more fires on our open spaces.

2)    A quick reacting Fire Service - we had several fires on the open space opposite our house this week but the Fire Service were there quickly each time and dealt with the outbreaks.  It's a shame that often these fires start because of carelessness and people selfishly ignoring simple rules, such as no BBQs but at least they are usually put out quickly even if they have spread quickly.

3)    Some progress on the house front.  Our buyers came for another look last Saturday and they still seem really keen and eager for things to move to exchange and completion.  I'm not sure their solicitor is quite as proactive as ours but hopefully things shouldn't take too much longer.

4)    A catch up with some friends briefly plus visits with Grandsons Nathan  & Rory.

Finally getting to see Grandson Noah and my son and his wife. 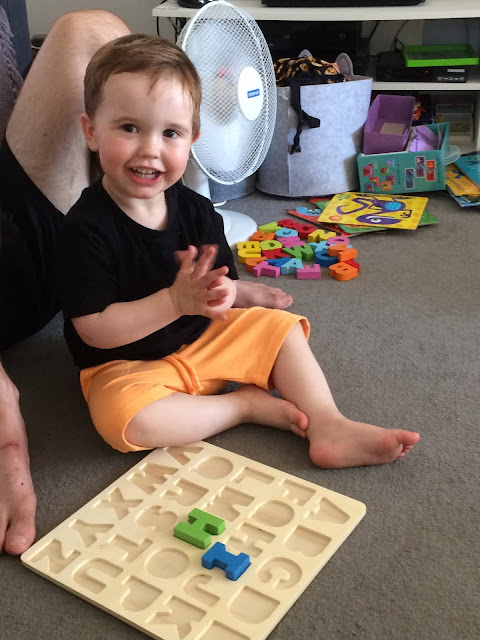 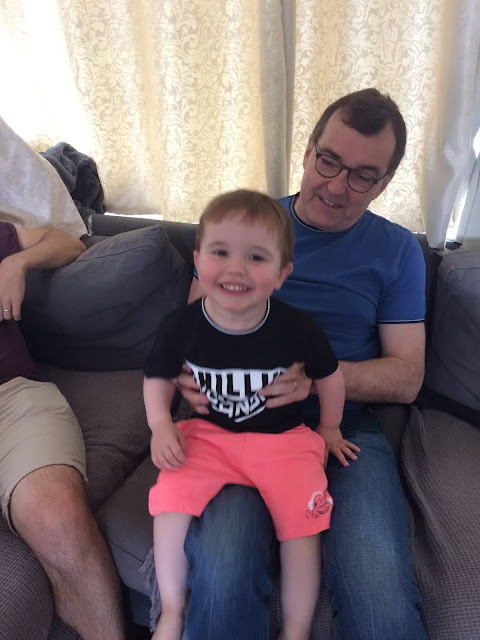 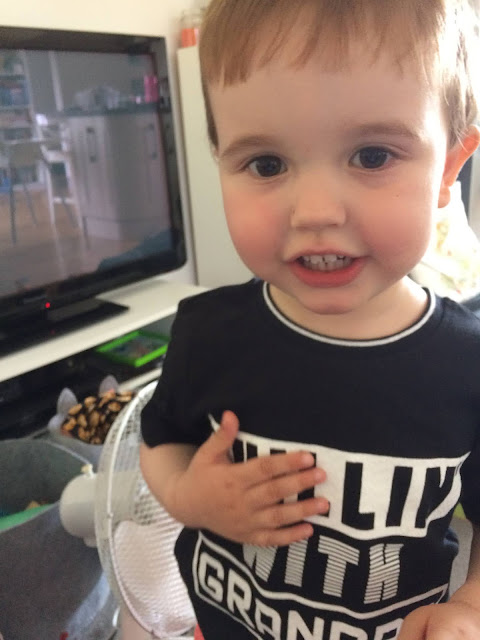 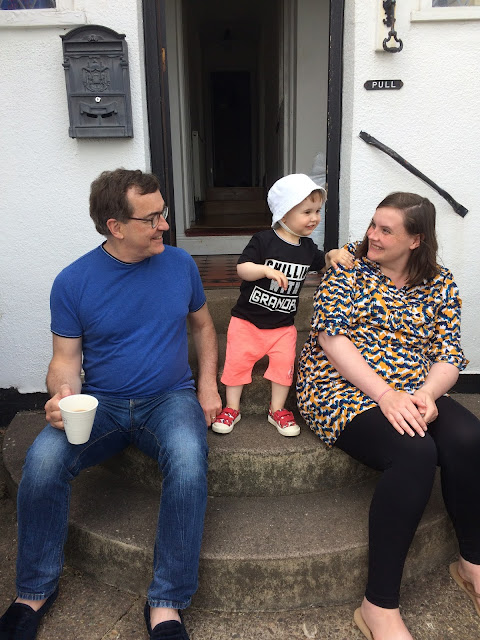 He loved "Chillin' with Grandpa"!  He's grown so much since we saw him in February and he's become a real chatterbox.  His younger sibling is also coming along nicely as are all of the future Grandkids.  I think all the pregnant DILs will be glad of the cooler temps though.

Enjoy the rest of the weekend.