H is for Hyde Park Corner

Yesterday I wrote about Green Park Station which is on Piccadilly.  At the end of Piccadilly we reach Hyde Park Corner.  This is a major junction of well known London Roads, Piccadilly, Park Lane, Constitution Hill, Grosvenor Place and Knightsbridge.  It is a large one way system that also has an underpass.  It is also where you can enter Hyde Park.  There are several monuments on the site, including the Wellington Arch and Wellington Statue.  Not surprisingly Apsley House, just to the north of the junction was the Duke of Wellington’s first home.


Decimus Burton’s Ionic Screen stands at the entrance to Hyde Park.  We are lucky to have such beautiful green spaces in the centre of London.  Hyde Park covers 350 acres.  It has the famous Serpentine Lake and the Princess Diana Memorial.  Hubby and I didn’t get to see much of it when we were visiting the stations so we’ll go back another day when we can take a picnic and hopefully not get caught in a rain shower (or two).  You can read more about it here. 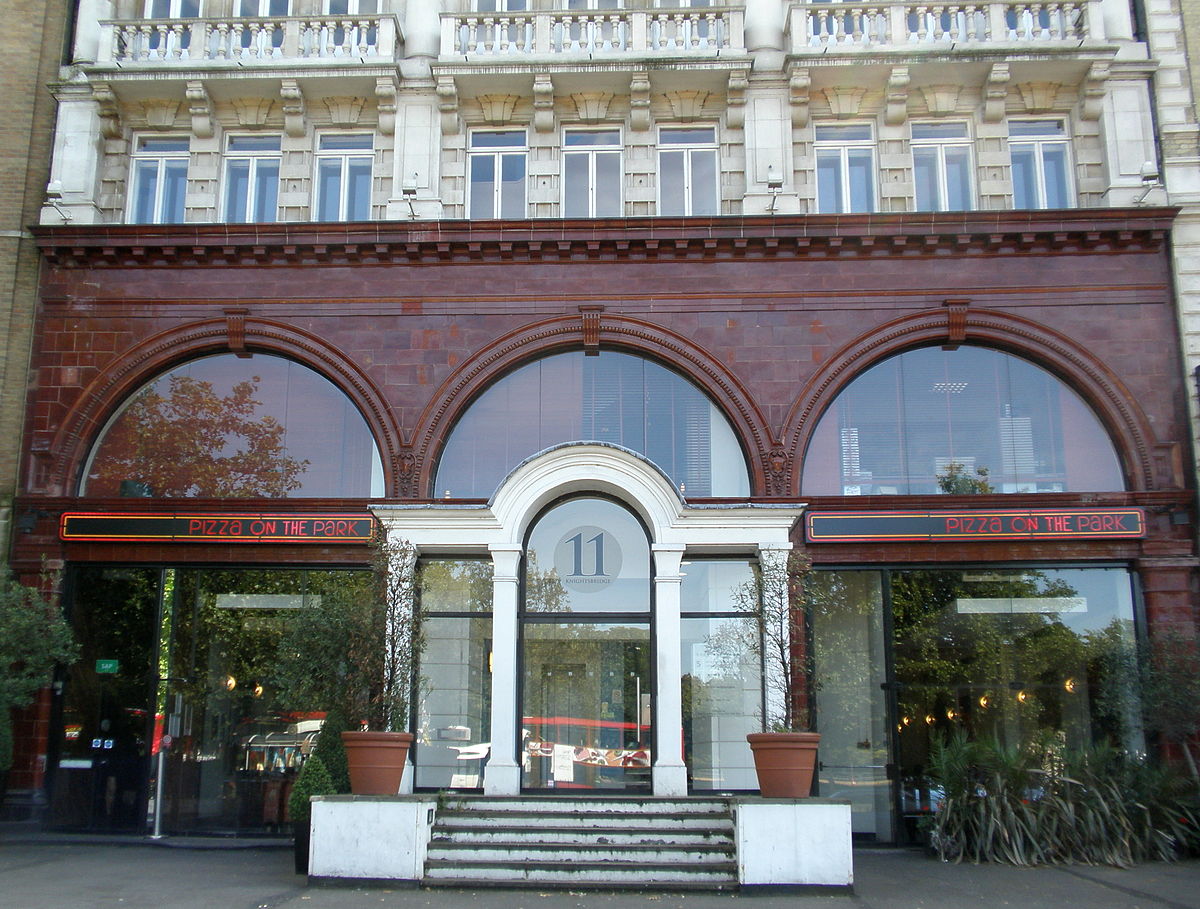 By Amanda Slater - Flickr: Pizza on the Park, CC BY-SA 2.0, https://commons.wikimedia.org/w/index.php?curid=30947313
Well the picture above is the original station façade.  The station opened in 1906 and serves the Piccadilly line.  Like other central London stations, the introduction of escalators has meant that the ticket office has been relocated underground and the street level entrances are just stairways down to the station.  They all have the eyecatching red and blue icon.  The original entrance was used as a Pizza restaurant but is now part of a hotel.