J is for Junctions, Just because ....

So I have the perfect excuse for digressing.  But I won’t go far.  I’m going to look at junctions, well one in particular - Clapham Junction.  Clapham Junction station isn’t a London Underground station but it is on the London Overground.  Main line trains running from London Victoria and London Waterloo to the south of England also stop there, making it one of the busiest in Europe and one of the busiest in the UK for changing between different services.  It has 17 platforms!

As you can imagine, if there are any signal problems it can lead to major delays and disruption.  However in 1988 signal problems had grave consequences when two passenger trains collided and another crashed into the debris.   The Clapham Junction rail crash caused 35 deaths and nearly 500 people were injured.  However, by far the worst incident occurred during WW1 in May 1915 when a collision involving a troop train killed 226 and injured 246.  More details on this Quintinshill disaster can be found here.

There have been other disasters on the network, the Moorgate tube crash and the Kings Cross Fire immediately spring to mind as I can remember them happening but I still believe it’s a relatively safe mode of travel.  I don’t worry about travelling by train, or plane.

Although of course when there is an attack such as the 7/7 bombing attacks in July 2005, it does make you more wary, certainly for a while.  But to stop doing the things we normally do allows terrorists to win.  In London we tend to carry on. 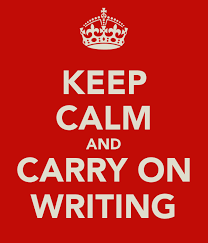