G is for Green Park 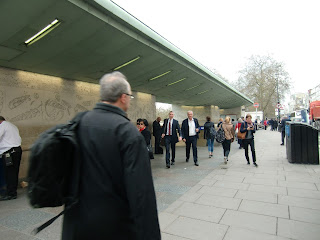 My photo doesn’t really do the entrance justice but visiting Central London at any time of the year and you will have to compete with tourists blocking your view. The station entrance above on the south side of Piccadilly has step free access to the platforms which in turn have level access to trains making it a fully accessible station.  This was done in preparation for the Olympic Games in 2012.


This photo shows the entrance on the north side of Piccadilly and you can actually see it is Green Park Station!

The first time I remember going there was at the end of last summer.  It was the meeting point for a guided walk around the nearby area, specifically a chocolate walk – we visited several establishments selling delicious chocolates.  I was in heaven.

Green Park is also by the famous Ritz Hotel. 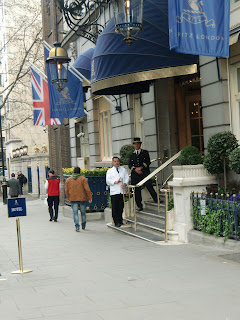 Just a bit further along Piccadilly is Fortnum and Mason which supplies goods to the Queen.  This is a wonderful old fashioned department store, the assistants wear very smart uniforms.  It’s well known for its hampers and exotic, speciality and also basic provisions. It's a very grand building as you can see below.


Behind the station is the Green Park which is the smallest of London’s eight Royal Parks and extends from Piccadilly towards Buckingham Palace. Read more about the park here

We visited the station again this week and discovered that although you can interchange from the Piccadilly to the Jubilee line, it is a long walk between the two!  However I’m not complaining as preparing the posts for my theme choice enables me to get out and about more.  It’s also helping me maintain a good level of steps each day.


The other “G” stations are:

Next stop H is for...?  Come back tomorrow to find out.