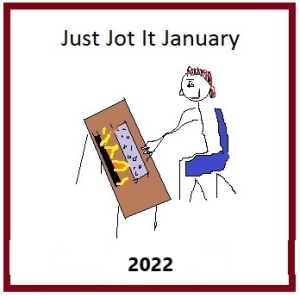 Hmm the prompt for today is Protocol and was given to us by John Holton. John has a great blog with lots of musical stuff but he's also pretty good when it comes to computing so I bet his post might centre around that.
One definition of protocol is:
the official procedure or system of rules governing affairs of state or diplomatic occasions.
"protocol forbids the prince from making any public statement in his defence"
Well two prominent people here in the UK - the Duke of York and the Prime Minister Boris Johnson could do with being reminded of that!
There is a huge row going on about how parties were held during our first Covid lockdown and, yesterday at Prime Minister's question time in parliament, Johnson apologised for attending what he "believed to be a work event" in his garden.  An event that allegedly 100 staff members were invited to and asked to bring their own drinks.  Protocol was definitely not followed.  But it's ok because Johnson has appointed a senior civil servant to investigate various "parties" that would seem to have broken lock down rules.  There were many calls for Johnson's resignation yesterday but he kept insisting we must wait for the outcome of the enquiry.  That may be following protocol but it's becoming painfully clear that rules were broken by those who were making the rules in the first place.
As for the Duke of York well he lost his fight to throw out a civil action against him claiming sexual assault.  He denies any wrong doing but today he had handed back all his military titles and royal patronages to the Queen and will no longer be referred to as His Royal Highness.  Hardly the actions of an innocent man but maybe it was a protocol thing.
Go here for the details of the Just Jot it January challenge.
Posted by Wendy at 20:42:00

Email ThisBlogThis!Share to TwitterShare to FacebookShare to Pinterest
Labels: #jusjojan 22